Since Costa Rica emerged as the global leader in ecotourism in the early 1990’s one area of the country has stood out among the rest. While tales of over-development in other parts of the country have been well documented, the Osa peninsula, which juts out from the south western mainland into the Pacific has managed to escape the ironic fate of falling victim to the eco-tourism success that has acted as a death sentence to many other regions. A great way to escape these over-developed hubs is to find your own adventure spots – off the beaten path – with a camping equipped 4×4 from Nomad America!

Once an island floating in the open Pacific, modern geological studies estimate that the peninsula merged with mainland Costa Rica around 2 million years ago by way of a fault system that extends all the way to California. Thus the stage was set for the creation of what was, and remains the worlds most biologically diverse region on the planet. As one of the last places in Costa Rica to witness human settlement the area remains very sparsely populated and the breathtaking virgin rain forest has now become the global poster child for conservation and sustainability. In an incredible twist of fate, part of the reason that the Osa peninsula is home to such a stunning array of animal, bird, insect, and plant species is due to human intervention in other parts of the country. In the mid 1970s the Costa Rican Government encouraged many local south western farmers to begin a campaign of deforestation to open up the areas for cattle ranching. The plants, birds and animals native to these regions were left with a simple choice – migrate to one of the only remaining stretches of primary jungle in which they could survive, or get wiped out.

After hearing tales of big cats, rare birds, pristine rain forest, and a coastline that boasts some of the best, least crowded waves in Central America I’ve decided it’s time to hit the road and find out first hand what the hype is about. I’ve also heard the scenery on the drive to the Osa peninsula is the stuff of legend. Some basic research indicates that Osa Peninsula road conditions can best be described as absolutely bone-shakingly abysmal, and so after settling in behind the wheel of the 4×4 Land Rover Defender I recently rented from Nomad America it’s time to head South. 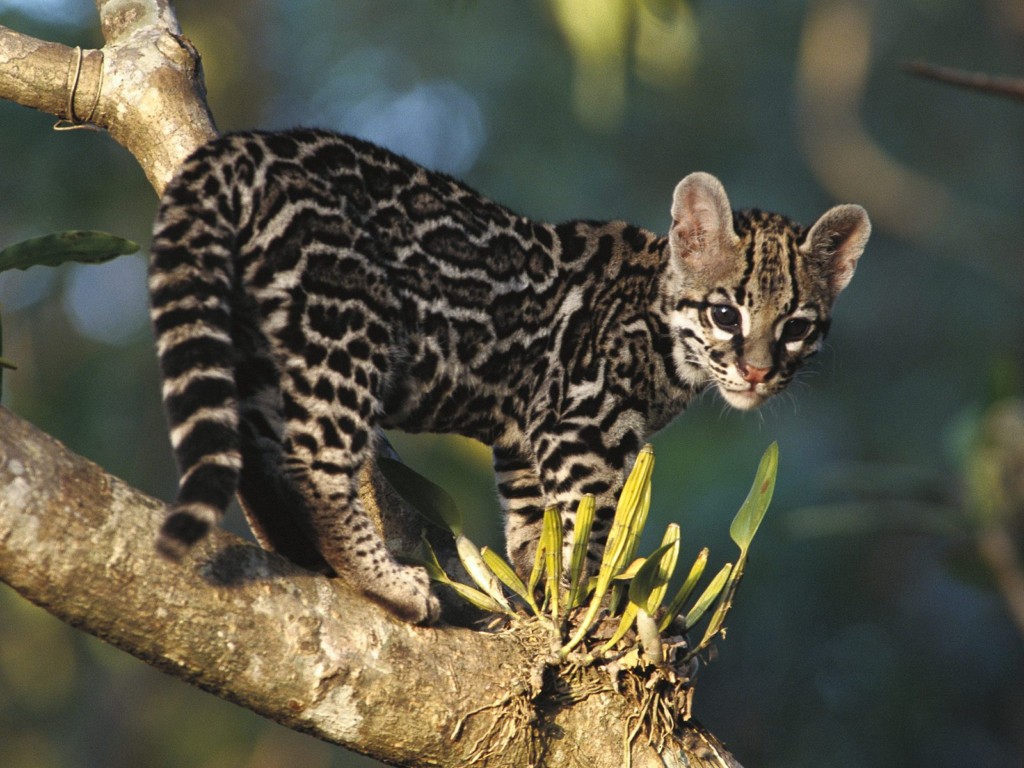 From San Jose I follow directions for Cartago. On arrival in Cartago I keep my eyes open for signs leading to Highway 2 – the main road that leads through the Southern part of Costa Rica. The opening stretch of this highway is reckoned by many to be the most scenic drive in Costa Rica. Part of the road is nicknamed “Cerro de la Muerte” which literally translates as “Peak of Death”. However this outdated moniker stems from a time when the route was nothing more than a mountain trail. Since it’s completion in 1947 the only thing travelers need be weary of is being distracted by the incredible landscapes through which it winds. The mountain road tops out at around 2100 meters and passes through a number of ecologically stunning areas including the habitat of one of the planets most beautiful and mysterious birds – the Quetzal. Despite the majority of the road being in great shape this area receives torrential downpours which can result in potholes and the occasional landslide. 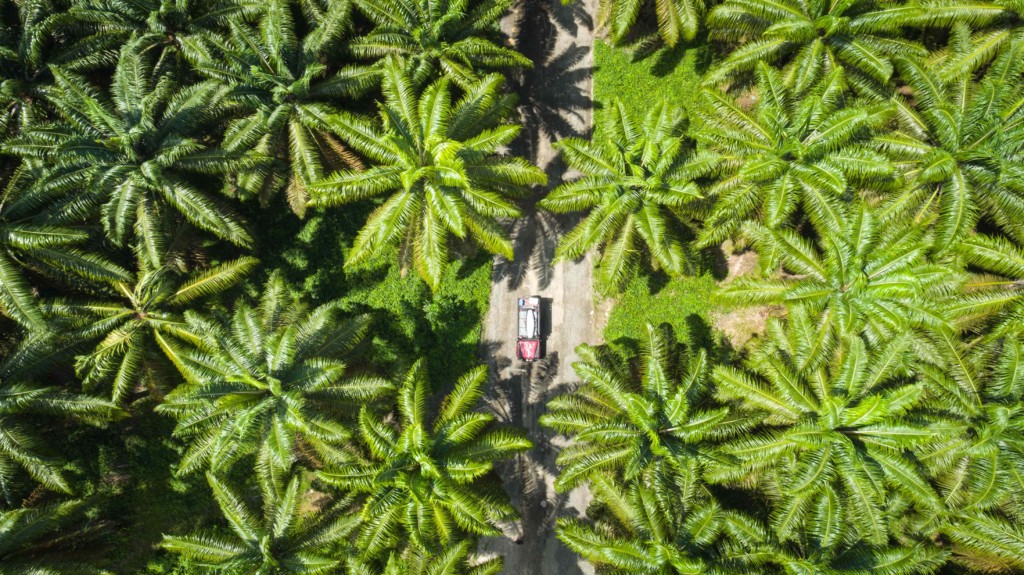 After around two and a half hours driving you will hit the town of San Isidro, the most populous city in the Brunca Region. This section of highway 2 is home to dramatic terrain changes, all of which are as varied as they are scenic. The northern section passes the sugar cane and pineapple plantations dotted around the fertile valleys of the Rio General. The southern side follows the banks of the same river along steep, rocky canyon faces on the western side – from which rises Cerro Chirripo – Central Americas highest mountain. The hike Cerro Chirripo is a 15km multi-hour trek and has amazing views from the peak – seeing both the Carribean and Pacific coastlines. For more information on hiking the mountain and sleeping in the base-camp contact Nomad America for reservations – Note: you will not be able to sleep in the base camp without a reservation and the hike is too intense to go up and down on the same day. After passing into Puntarenas province you’ll see signs for the town of Palmar Norte. Despite it’s small size Palmar Norte serves as a transportation hub for southern Costa Rica. It’s diverse population includes many Chinese immigrants many of who own restaurants serving up authentic, inexpensive Chinese cuisine. Palmar Norte is also the epicenter of one of the countries most mysterious and interesting cultural attractions – the famous Pre-Colombian stone spheres that have baffled scientists and archaeologists since they were discovered by banana plantation workers in the 1930s. 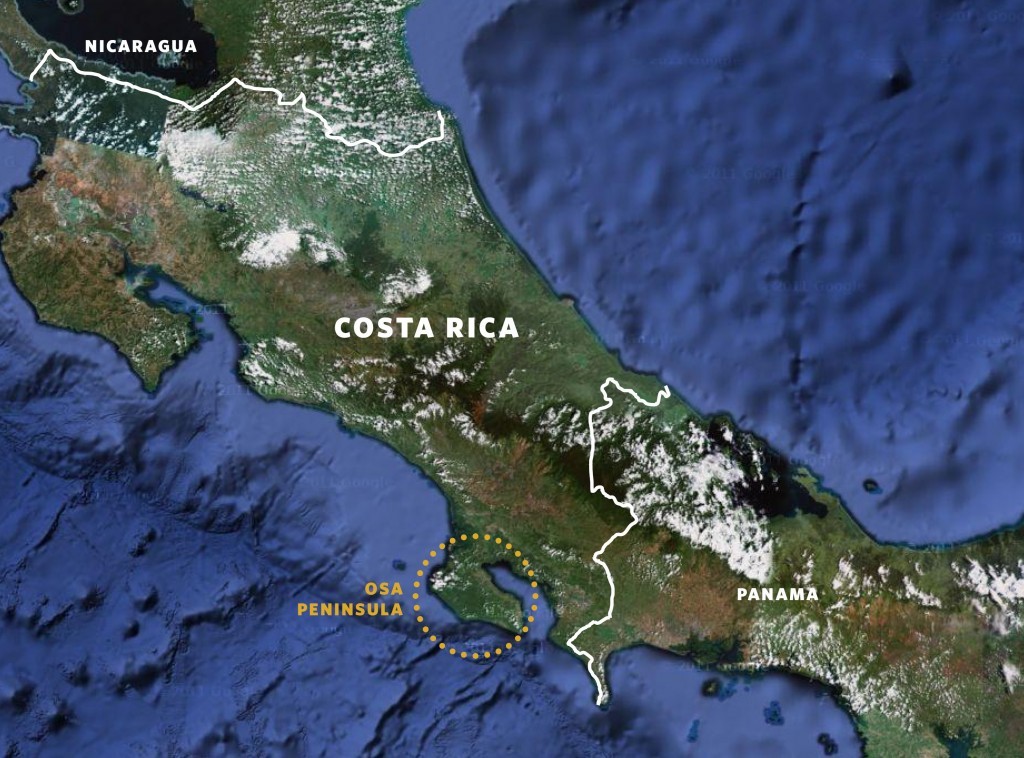 Continuing along highway 2 after Palmar Norte you can now consider yourself officially in Costa Ricas deep south. The road skirts between the foothills of the Talamanca mountains to the east and the swamplands of Siepre/Golfo Dulce to the west. The views are fantastic, and the road conditions, are, well, the best you’ll be experiencing for some time, because when you bypass the town of Chacarita it’s time to head west on to highway 245 – the approach road into the Osa peninsula, and this is where the fun really starts. Highway 245, which forms the approach road to both Drake Bay (eco-tourists wet dream) and Puerto Jimenez (the Osa Peninsulas main town, and my destination) is an obstacle course from start to finish. The road fomr Chacarita to Puerto Jimenez is general well paved and is a beautiful relaxing drive with amazing views of the gulf. The roads start deterioting, quickly!, once you decide to turn off towards Drake Bay or after Puerto Jimenez (towards Matapalo or Carate area).

Some time later I finally arrive at Puerto Jimenez – the Osa Peninsulas rustically beautiful, rough-and-ready frontier town on the south east tip. Puerto Jimenez is perfectly basic and as I slump down into a chair in Bar Delfines to sip on a hard earned Cerveza I look out over the perfect blue waters of Golfo Dulce. Way off in the distance, on the mainland coast I see a tiny white flurry of water which I know to be Pavones – the left hander considered to be one of the best surfing waves in the world. I won’t be visiting Pavones on this trip but knowing that Matapalo, a powerful right is only a short drive away offers some comfort. As scarlet macaws squawk at the setting sun, and the howler monkeys begin the dusk symphony I relax, and smile happily in the knowledge that the week ahead is about to offer some of the most spectacular sights, sounds and activities on the global travelers menu. 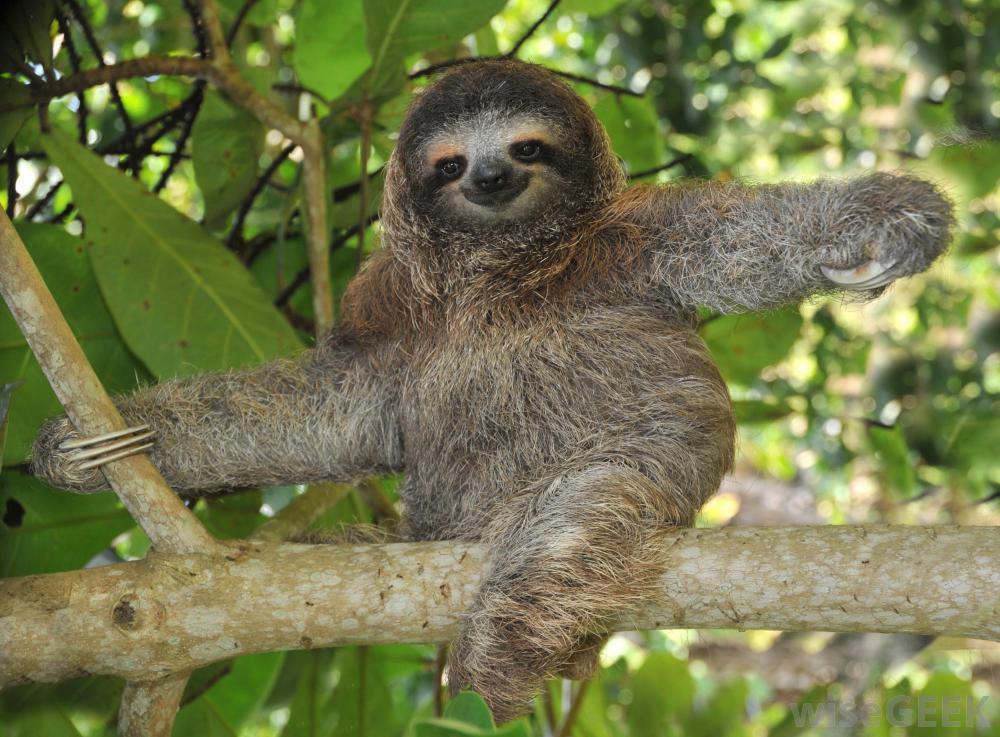 Climate: Dry- December to April, Green- May to November

Temperature: Around 90° F/ 30 Celsius during the day, tropical weather with daily showers in the late afternoon from May to November. This is the tropical rain forest so expect and prepare for high humidity.

What to bring to the Osa Peninsula: Quick drying clothes, bug repellant, beach wear, hiking boots, a rain jacket and course, a camera. Nomad America’s 4×4 came fully equipped with all the remaining necessities for camping in the most beautiful beaches of the southern tip.

Must do: See the wildlife at Corcovado National Park, snorkel the crystal blue waters of the Golfo Dulce, camp on desolate beaches, surf the spectacular right point breaks, explore your own waterfalls, drive through the jungle, get off the beaten path.

Surf Spots: For beginners look into Playa Pan Dulce, with a slow easy right break great for learning on a long board. Medium level surfers should visit “Backwash” and for high level surfers head over to Matapalo – a solid right breaking over a rocky bottom.

Scuba diving in Osa Peninsula: Amazing spots for diving out of Drake Bay out by Cano Island. Incredible wildlife, dolfphins and whales on your boat ride out. Contact Nomad America Expeditions to reserve scuba diving trips with great discounts. Check out our post about scuba diving in Costa Rica for some more information.

Corcovado National Park: If you are visiting Costa Rica for 2 weeks or more then we definetly suggest a hike into the national park. Sadly too many tourists have gotten lost, so all entries are now required to go with a local guide. Guides are amazing at spotting out wildlife and taking you to the nicest locations. Sleeping options at the Sirena Ranger station – make sure to reserve about 3 months in advance or ask Nomad America Expeditions to do it for you. 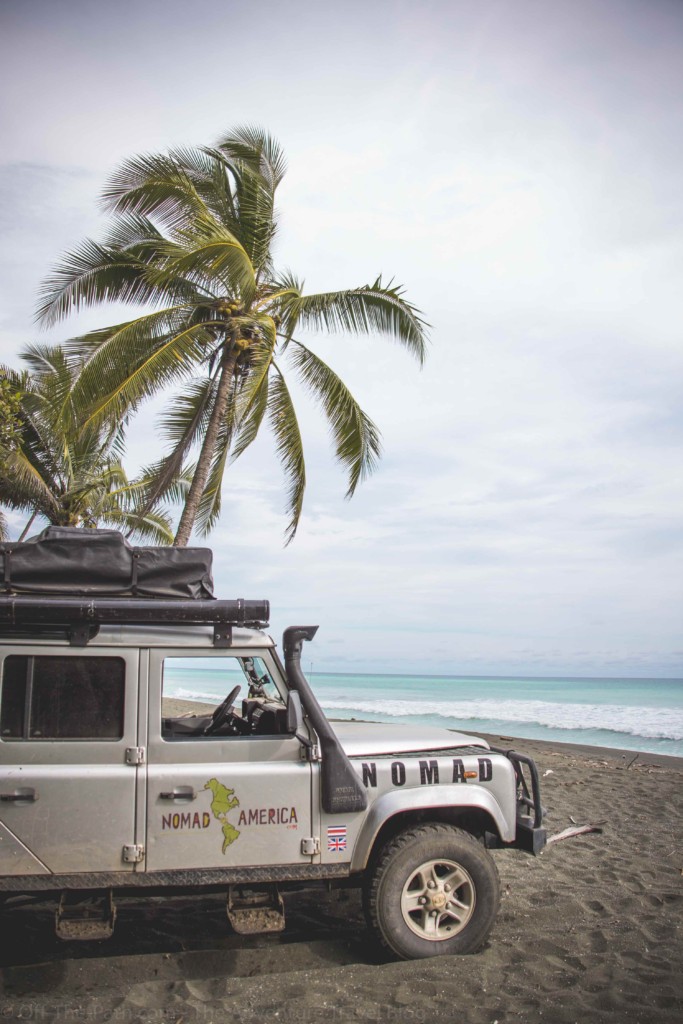