Jacques Cousteau: explorer, aqua-lung inventor, marine expert, conservationist and leading authority on all things sub-aquatic once famously stated,  “From birth, man carries the weight of gravity on his shoulders. He is bolted to earth. But man has only to sink beneath the surface and he is free.” This quote was one of his many written tributes to his life long passion: scuba diving, and anyone who’s ever strapped on a mask, oxygen tank and flippers to participate in this activity understands where and how the love affair with the sport begins. The moment you are immersed the world as you know it changes. The deeper you descend the more your cares and troubles melt away. Your real world concerns are replaced by a three dimensional, slow motion, alien landscape where the only thing to distract you from the experience is the telepathy between yourself and your dive partner. In the back of your mind you know that a creature with a mouth the size of a wide screen TV could appear from anywhere, at any time and blindside you. Your mindset has no option but to surrender to a balance of dharmic abandon and laser-like focus, and this is exactly where the thrill of scuba diving lies – in the awareness that the second you submerge yourself beneath the waves you have no idea what you may encounter, And in a destination where the nutrient rich waters are the domain of everything form bull sharks to blue-fin tuna Costa Rica is truly a country where Scuba Divers should expect the unexpected. Read along to discover some of Costa Rica’s best scuba diving sites. 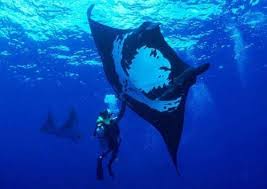 There is little left unwritten regarding Costa Rica’s status as a nature lovers Mecca. The internet is packed with references to the countries incredible bio-diversity and legally protected national parks. However, the overwhelming majority of material focuses on creatures such as sloths, monkeys and the infinite array of other terrestrial air breathers. Stunning as they may be, when compared with their sub-aquatic counterparts they represent only a small portion of Costa Rica wildlife arsenal. Beyond the natural wealth of Costa Ricas national parks and jungles there is an unimaginably spectacular environment beneath the waves that few experience. Clear blue waters, colorful seascapes, gigantic underwater volcanic formations, along with manta rays, dolphins, turtles, sharks and humpback whales form the backdrop of a diving destination beyond comparison. Although it could be argued that the waters off Costa Rica could comprise one huge diving site in themselves Nomad America has put together the following list of Costa Rica’s best scuba diving sites featuring the cream of the diving crop.

First on our list of Costa Rica’s best scuba diving sites is Cocos Island, which also happens to be first on the list of choices for any serious scuba diver in the world, and with good reason. Cocos sits 330 nautical miles west from the tip of the Nicoya Peninsular and is the largest uninhabited island on the planet. Human presence is strictly outlawed. Reasons for this range from preservation concerns, to the more romantic excuse of fending off treasure hunters in search  the Treasure of Lima (hundreds of millions of dollars worth of Peruvian gold that was allegedly offloaded there by early 19th century sailors). Despite a number of state sanctioned treasure hunts over the years the booty is yet to be unearthed. However, the real treasure, especially if you’re a diver is to be found a short way  off the Island’s shores. The warm Pacific waters are home to manta rays, dolphins, sharks, whales and a whole lot more of the incredible marine life that  the charter captains pretty much guarantee (yes, guarantee) you’ll encounter. Cocos Islands remote location means trips are expensive, and involve a few days boat travel to and from the marine park. Optimum diving conditions are reserved for dry season. Trips leave from Puntarenas. 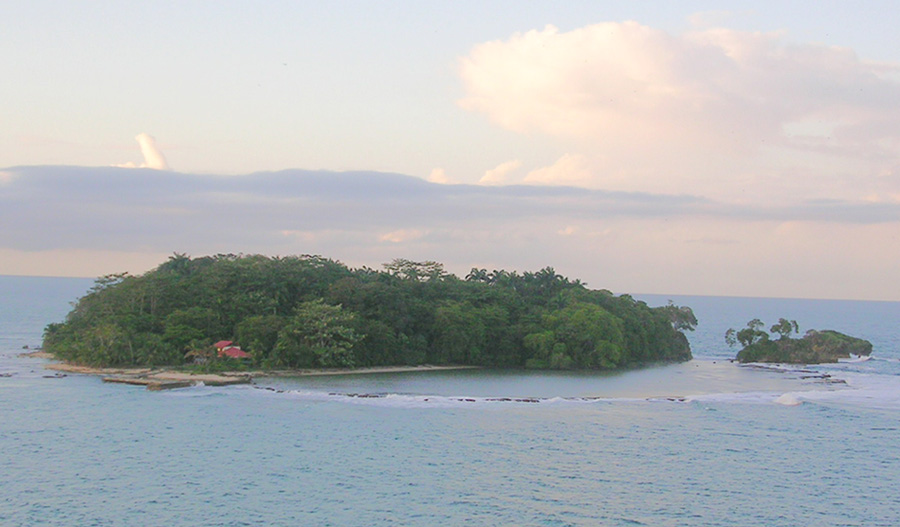 In 1502, to the relief of the Spanish sailors, and the sheer horror of native tribes people Christopher Columbus dropped anchor off the small island of Uvita on Costa Rica’s Caribbean coast. Nowadays this area is famed for it’s colorful and vibrant culture. Less well known, yet just as colorful is the array of marine species that have made homes among the many well-preserved shipwrecks dotted around the islands waters. Despite Costa Rica’s well developed tourism infrastructure and modern scuba facilities it’s only recently that the wealth of potential that lies on the Caribbean coast has begun to gain recognition. Clear blue waters, incredible visibility and unlimited potential for exploration make Uvita island an essential stopping point for scuba divers. Uvita sits in Costa Ricas tropic zone and receives a lot of annual rainfall making the dry season (particularly September and October) the ideal time to dive this body of water. To get here by car take highway 32 from San Jose. The drive takes around 2.5 hours. 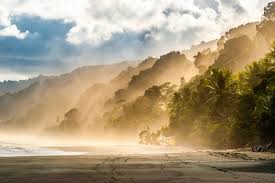 The Osa peninsula is world famous for being home to one of the largest  varieties of wildlife in the world. Spanning almost the entirety of the Osa peninsula, Corcovado National Park features stunning coastline, the centre point of which is Drake bay, or Bahia Drake as it’s known locally – so named after Sir Francis Drake, an English sea captain and explorer set foot here in the sixteenth century. This area is a well protected marine conservation park that offers scuba divers unmatched visibility all year round. One of the leading diving draw cards for Costa Rica’s best scuba diving sites are the waters off Cano Island – a small island 10km Northwest of the peninsulas northern coastline. Cano Island rises sharply out of the Pacific and is surrounded by virgin turquoise waters and stunning coral reefs. Marine life includes tropical fish, manatees, sea turtles, whales, dolphins, manta rays and sharks. Although flights to the Osa peninsula are available,  if you fancy the idea of taking one of most scenic road trips in central America Drake bay is an 6 hour drive south-west of San Jose. 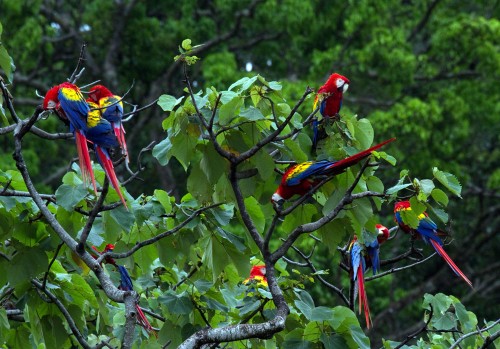 If it’s a varied selection of marine life you’re looking for then the Murcielago Islands (also known as the Bat islands) offer satisfaction guaranteed.  Many scuba divers return with tales of encounters with some of Costa Ricas larger and more notorious sea monsters such as mako sharks, bull sharks, whales, barracuda, black tuna and more.  Anyone who has dived here will agree that it truly is one of the most exhilerating Scuba locations in the country and one Costa Rica’s best scuba diving sites. However, given the range of apex predators, turbulent ocean conditions, and strong currents the Murcielago Islands are a spot for seasoned divers only. The Murcielago Islands are accessible from Playa Del Coco in the Northern part of the Guanacaste peninsula.