Among military historians North is considered a leading military affairs commentator and bestselling author. Ask a retired Reagan era spook and they may talk of a rogue special forces operative who went off reservation on a freewheeling Colonel Kurtz style Central American Jungle walkabout. Ask a former Nicaraguan Sandinista the same question and they’ll describe a corrupt, drug dealing, gun running, US backed interventionist hellbent on the downfall of the Nicaraguan government. However, the response from anyone surfing their way along Costa Rica’s Pacific coast will be much simpler….Ollie’s Point!! 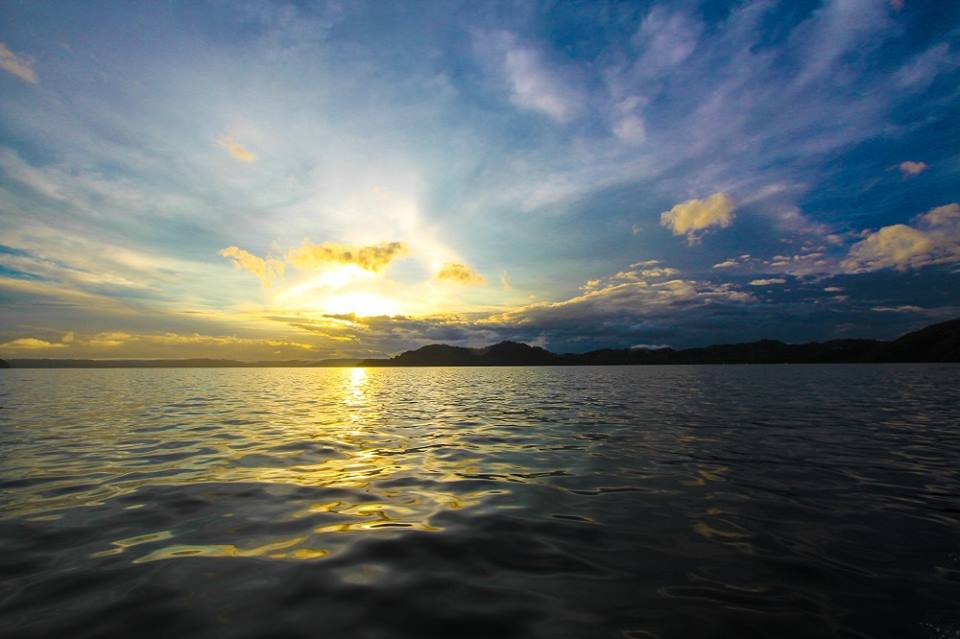 If you’re unfamiliar with the Iran-Contra scandal the short version goes something like this: In the mid 1980s Iran was embroiled in a bloody turf war with Iraq over oil rich disputed borders. Accusations of “state sponsored terrorism” resulted in a U.S led global arms embargo against Iran. No arms meant no war, however, the Iranian authorities possessed a valuable bargaining chip; a number of imprisoned high level U.S operatives including a CIA bureau chief and a Marine Colonel. The Iranians needed one thing: weapons. The US needed two things; they needed their people out of jail, and as part of a completely unrelated situation on the other side of the globe they needed dirty, untraceable cash to fund the Nicaraguan Contra’s campaign to topple the incumbent Sandinista Government. The plan was simple: two birds (hostages returned / a slew of black money), one stone (the sale of weapons to the Iranians). Under the murky veil of denial plausibility the negotiations began. Enter a brash young Marine Colonel from Texas assigned the clandestine task of funneling the Iranian gun running profits towards bolstering the arsenal of the Nicaraguan Contras; a task that required transport. That transport arrived in the shape of US Air Force C-130s full to the brim with weapons (inbound) and narcotics (outbound) to be sold to the US population in a sideline as rotten as it was lucrative. In direct violation of Costa Rica’s neutrality agreement the designated staging area was a 1.6 km air strip carved out of the remote Potrero Valley in the North Western Santa Rosa national park. When the U.S personnel on the ground, some of whom were surfers, weren’t slinking around the jungle loading and unloading lethal contraband they searched for waves. During this search they just happened to stumble upon a right hand point-break; a regular footers Nirvana that served up the kind of mind bending, down the line surfing that has emblazoned the name “Ollie’s Point” into surfing folklore. And that’s where I’m headed, right now…

Get to the Surf Trip Already! 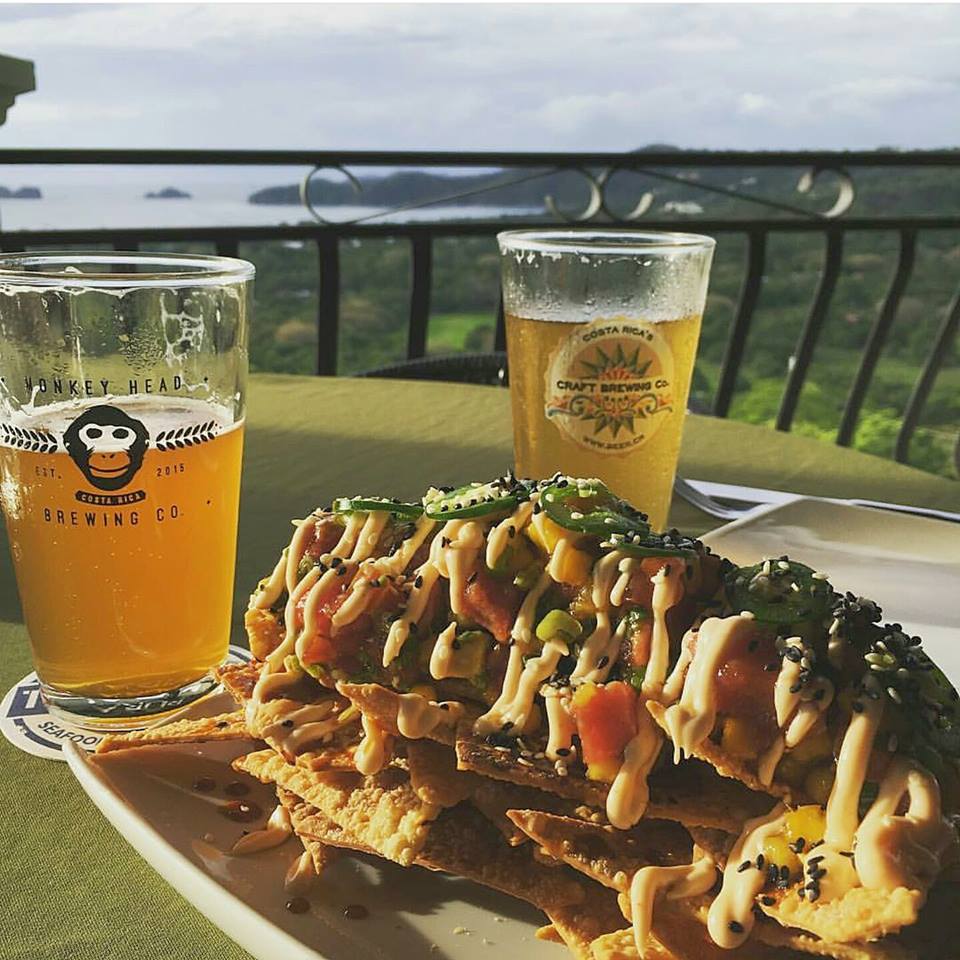 The Lookout Coco – Views and Brews

After a quick glance at the swell report (pumping) our four man crew of long time nomads & surfers makes a game time decision to hit the road. One solid 4×4 from Nomad America to get us there and a rain soaked three and a half hour drive North later we check into the Hotel Chantel overlooking Playa Del Coco. This hotel is clean, comfortable, affordable, has an amazing view and a great restaurant/craft brewery on its rooftop, overlooking the whole town and bay;  and only a few minutes from the following mornings boat rendezvous on the sands of Playa Del Coco. After enjoying some great local craft beers, oysters and dinner on the rooftop restaurant aptly called “The Lookout” we descend to our rooms and pass out, each of us quietly optimistic that our mental projections will translate into solid reality the following morning. The 5am alarm call goes off without a hitch and by 5:30 am we’re seated on the boat savoring the sublime sight of the eastern sunrise over the Papagayo peninsula. The tour guide, and captain of the 22ft, 200 HP Boston Whaler is very positive. As we pass beyond the vessels dotted around the bay he lets us know we picked the right day for Ollie’s Point. With a laid back, self-assured grin he hits the gas and guns it towards the faint outline of Santa Rosa national park on the northern horizon. 40 minutes later we pull up at Playa Potrero (AKA Ollie’s Point) to be greeted by flawless, double overhead, machine like rights unloading onto a crystalline ocean surface. Furthermore, the usually jam-packed, ripper heavy line up contains only four guys. Fins – check, sunblock – check, wax – check, more face time in one wave than a month spent surfing your local beach break – check!! 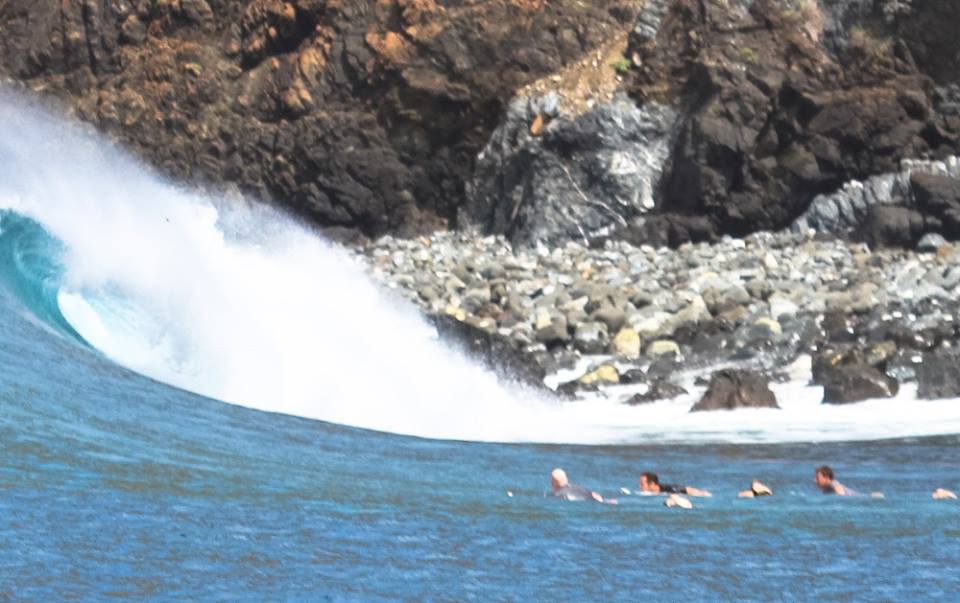 At this point in the story I could harp on about take offs, bottom turns, top turns and the hallowed sight of spray being driven back from 40 metre long walls. But to try and articulate this feels like a slack attempt to describe the indescribable. You either know the feeling or you don’t, that simple. After a 7 hour session interrupted only by a short hop back to the boat for lunch anyone who caught a wave that day certainly knew “that feeling”. 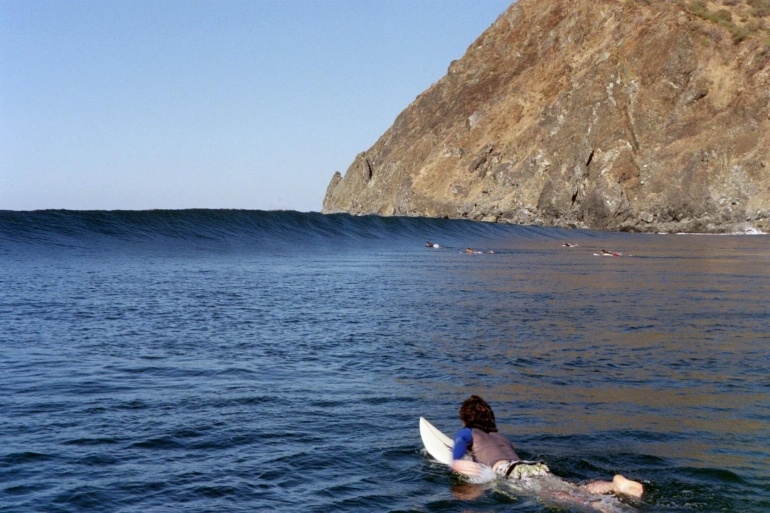 In the interests of journalistic integrity I should make one thing clear: given both the conditions and the crowds myself and my group were lucky, almost supernaturally fortunate. Why? Well, first off, despite a flood of internet pics that make Ollies Point seem like an endlessly perfect, permanently firing garden of surfing Eden this spot can be fickle. Combine that with the fact there’s no surf cams and no-one on the inside calling the conditions (only accessible by boat) then a trip to Ollie’s Point can be a high stakes bet. Usually, when Ollie’s Point is on you can bet your ass that every surfer on the Pacific Coast is thinking the same thing. Again, myself and my crew were lucky. However, during the many conversations that followed our marathon session we hit on a few reasons why we were fortunate to have gotten so many great waves at this coveted spot.

Firstly, we made the trip during an extended, two week run of swell. At the onset of such swells surfers start frothing and clamor to be the first guys out to Ollie’s Point. This manifests as large crowds at the start of a swell, gradually winding down as the swell continues. During our session we counted a maximum of 17 guys out. Although this may sound like a lot, on a normal trip the sight of 50 guys jockeying for position in sloppy conditions is pretty much standard. For many surfers, trips here are considered an economic luxury and once the Ollie’s Point box has been checked there may be little left in the coffers for a return trip. The old big wave surfing mantra “never go on the first of a set” may serve here as the perfect metaphor.

Secondly, and at the risk of perceived condescension, allow me to offer the following advice. In many cases, although competent the guys surfing Ollie’s Point are often first timers, and thus mistakenly presume it’s “perfect point-break” status means the waves will break in the same spot each time, every time. Without disclosing its secrets, anyone who’s either journeyed there before, or who has a knack for rapidly getting a surf spot dialled in will tell you (or not) that the set waves here are deceiving. What looks from afar like a dream incoming wave may well leave you floundering on the inside cursing the guy to your left – enough said. 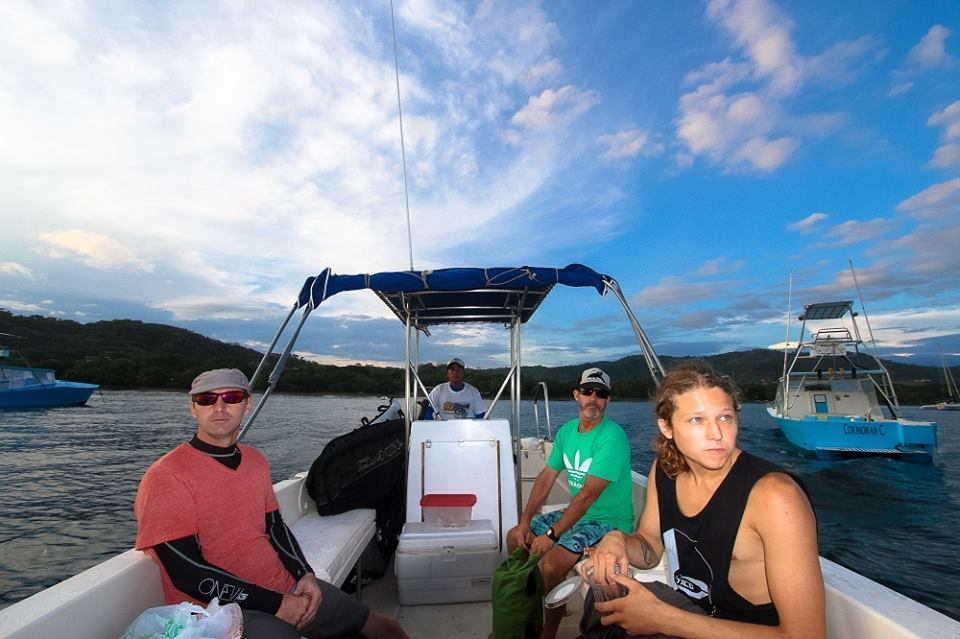 On the way to Ollie’s Point we also passed the famous Witch’s Rock – Roca Bruja – located in the Santa Rosa National Park. This is a great place for some spectacular surfing and camping on the beach. Access is a great trail by 4×4 only (make sure you ask the park rangers if the road is drivable in winter before starting – 14km of tricky roads) and you can spend a few nights camping in the dry northern tropics. Abundant animal and marine life here.

Dinner and Craft beers @ The Lookout: 14$ each –  facebook.com/thelookoutcoco