Pura Vida and Tico Slang you really don’t have to know when Traveling to Costa Rica – but might be fun!

Even if you speak Spanish, Costa Rican Spanish might seem different to you. Local people have their own slang and expressions that are difficult to understand to everyone who is not native to Costa Rica. However, don’t get discouraged! The more you make effort to speak Spanish with locals and participate in conversations, the more information you will get about the country. It is very useful to learn some top Costa Rican Spanish words – remember them when traveling to this beautiful country!

If all forms of communication fail like hand flailing, slowly mouthing out words in your own language (for some reason people think this helps us understand!), acting out like mimes etc. just give a big wave, smile and say PURA VIDA!

The big old Pura Vida! – Pura vida is one of the most popular expressions you will hear in Costa Rica. Pura vida literally means “pure life”, but people use this expression as a greeting, or at the end of the sentence or conversation, like trying to tell “right”, “great”, “OK” or similar. Example: “Pura vida mi compa! Nos vemos” (Great, bro, see you later!) 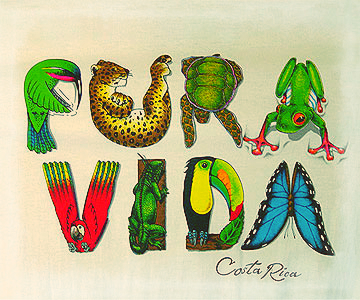 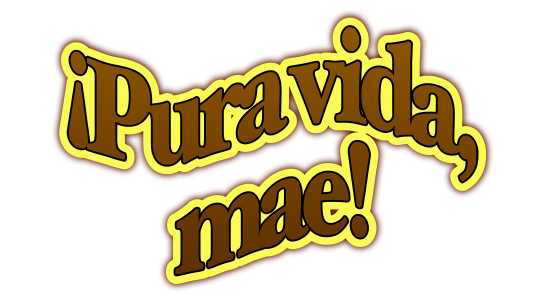 Mae is a very common way to address a man informally. It is a bit similar to “dude” or “hey, man”. 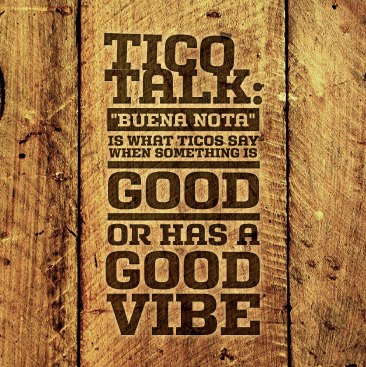 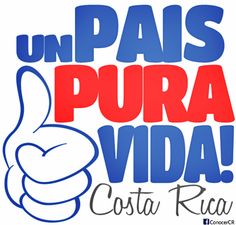 Tuanis is a very commonly used word and it means “cool” or “great”. Example: “Esta película está tuanis” (It is a great movie). Tuanis is thought to originate from early encounters with English speakers and Ticos repeating “Too Nice” 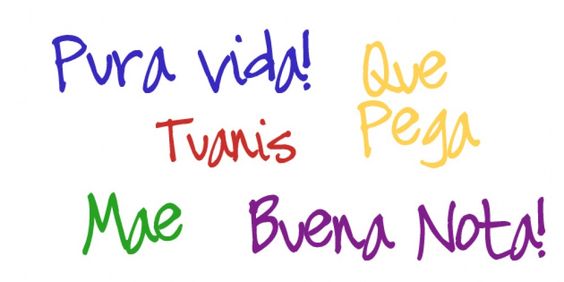 Gringo means a blond man from North America or Europe. Gringa is the same but for a woman. Plural form of the word, gringos, is usually used to tell “Americans”. If you are Canadian, British, Dutch or any other European country you might be called a “Gringo” as well – don’t worry about it! No harm or insult intended.

Buena nota can be literally translated as a “good grade”, but it usually helps to express gratitude. Use this expression to say thanks or when referring to someone who did something nice.

Que pega is translated as “what a sticky” and it is used to describe something or someone annoying that seems to be glued to you and wont leave you alone. You can also say “Que necio” which is “what a pain in the ass”. 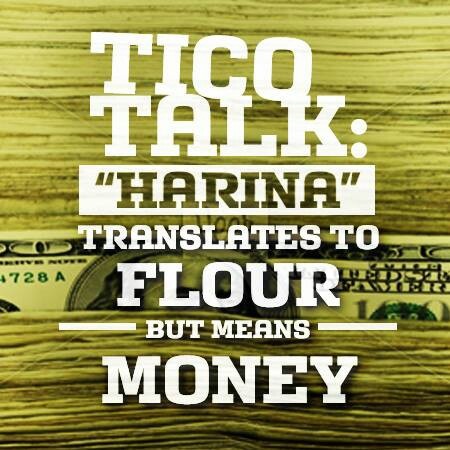 Que torta means making a mistake or screwing something up. A torta is a pie or cake, yet que torta has nothing to do with pies.

Camote is a very delicious vegetable similar to potato. However, ticos use it to tell that someone is crazy, for example: “que camote!”, meaning “what a crazy!”. This originates from back in the day when it was thought camote and milk would help crazy people recovery.

Pulperia is a small grocery store or supermarket in Costa Rica.

While many people are familiar with one meaning of masculine “macho”, there are more meanings of this word in Costa Rica. Macho is usually used to address a blond man, for example: “Hey, macho!”. Macha means a blond woman.

Local people tell “pal tigre” when they want to tell that something is spoiled, broken or dying. Example: “Este tele está pal tigre” (This TV is broken)

You will see a word “boca” in the menus of almost all restaurants in Costa Rica. Boca is translated as “mouth” literally, but it means appetizer, starter. 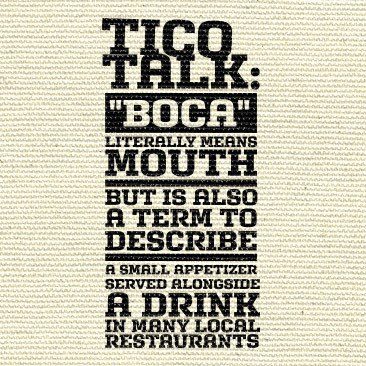 Idiay is used in different cases and means something similar to “well”, for the example: “idiay mae, llámame más tarde” (well, dude, call me later).

Detras del palo literally means “behind the tree”. You can use this expression when you or somebody doesn’t know anything about the topic. Example: “Estoy detras del palo, que es eso” (I have no clue what are you talking about). 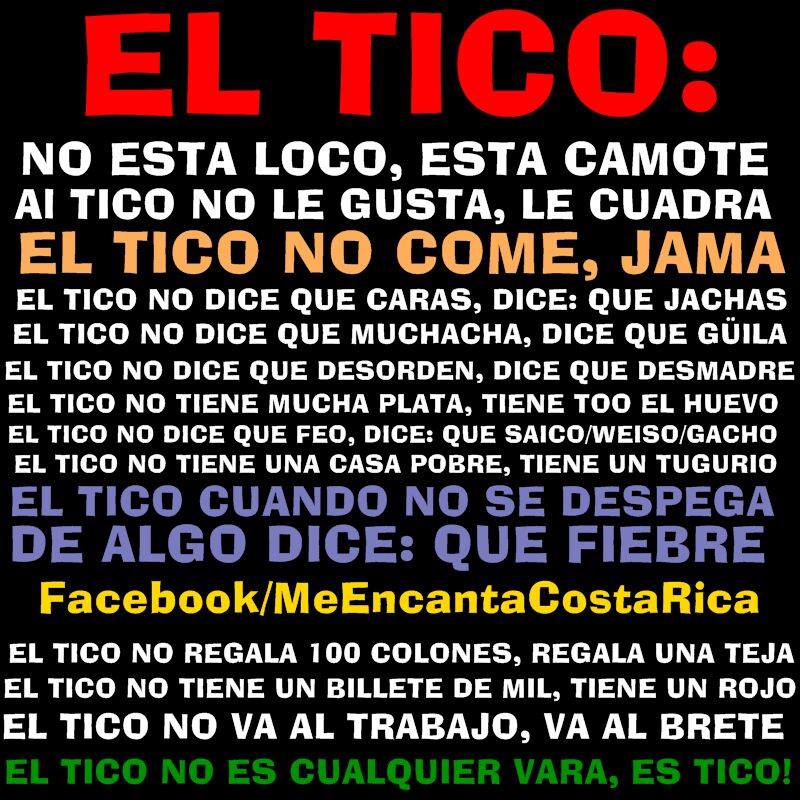 In Costa Rican Spanish que pelada means that someone did something embarrassing in public or something went really wrong. Example: “Que pelada ayer” (Yesterday everything went so wrong).

Deme un toque means “hold on” or “give me a second”. Literally means “give me a touch”.

Casado is a traditional Costa Rican dish which includes rice, beans, meat and salad. If you translate it literally, casado means “married”. 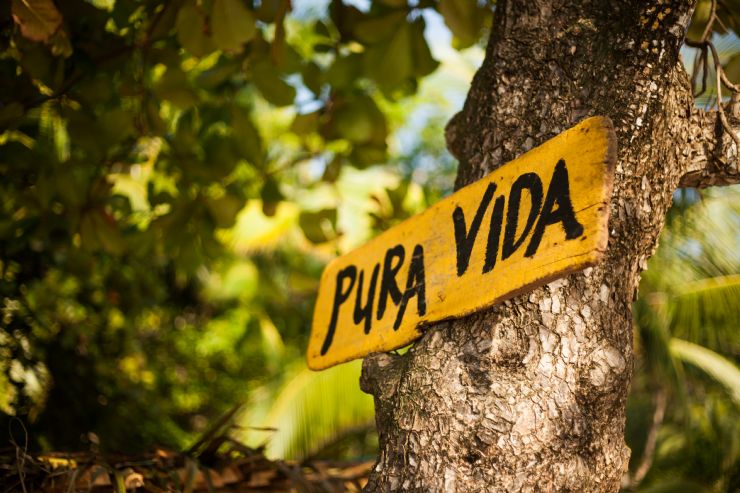 Pachuco is how local people call their street slang or a person who uses this slang a lot. Example: “Que mae más pachuco!” (What a vulgar dude!)

Gallo pinto is the name of a traditional Costa Rican dish, very popular to eat for breakfast. Gallo Pinto is a combination of rice & beans – usually eaten with eggs, sometimes accompanied by sour cream, cheese, chicken, meat or plantains.

Besides the popular expression “mae”, you can also address the other man as “compa”, which is informal but friendly. It is a common way of saying friend instead of “amigo”. 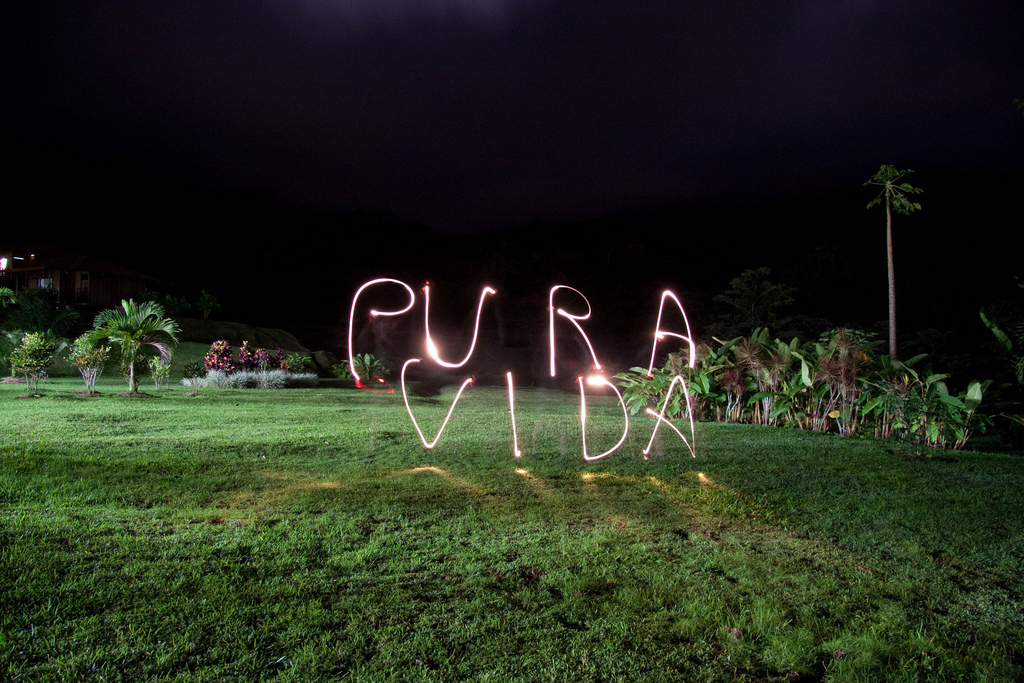 Harina is translated as “flour” but in Costa Rican Spanish it means money. Example: “Echar harina” (To pay money).

Brete means “work” in Costa Rica. If you want to use a verb “to work”, you should say bretiar. Example: “Vos tenes que bretiar mañana?” (Do you need to work tomorrow?). 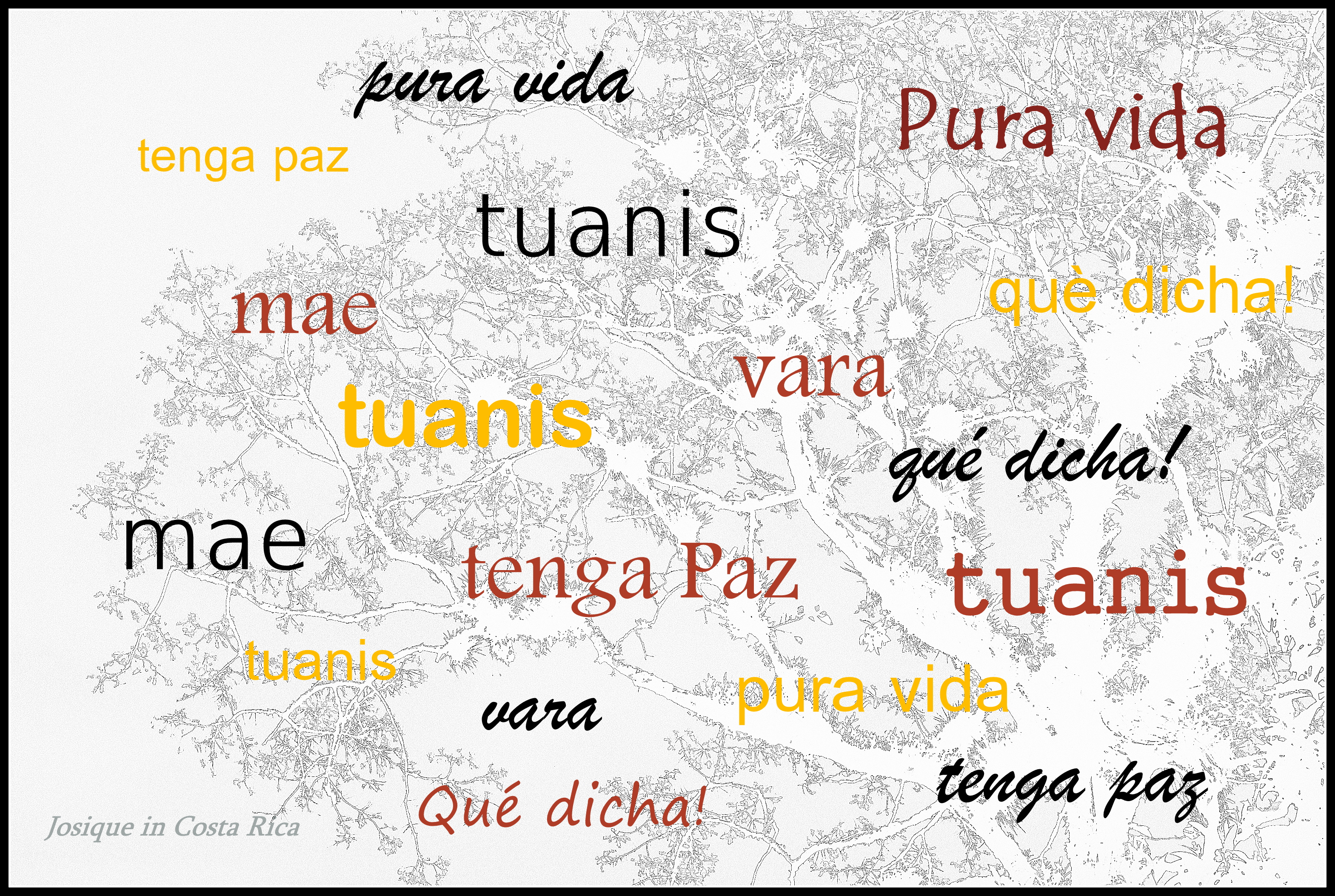 In addition to these 30 most used Costa Rican Spanish words, you might want to learn some common and useful general Spanish expressions. Here are some of them, most important for travelers who are planning to visit Costa Rica but don’t speak any Spanish: 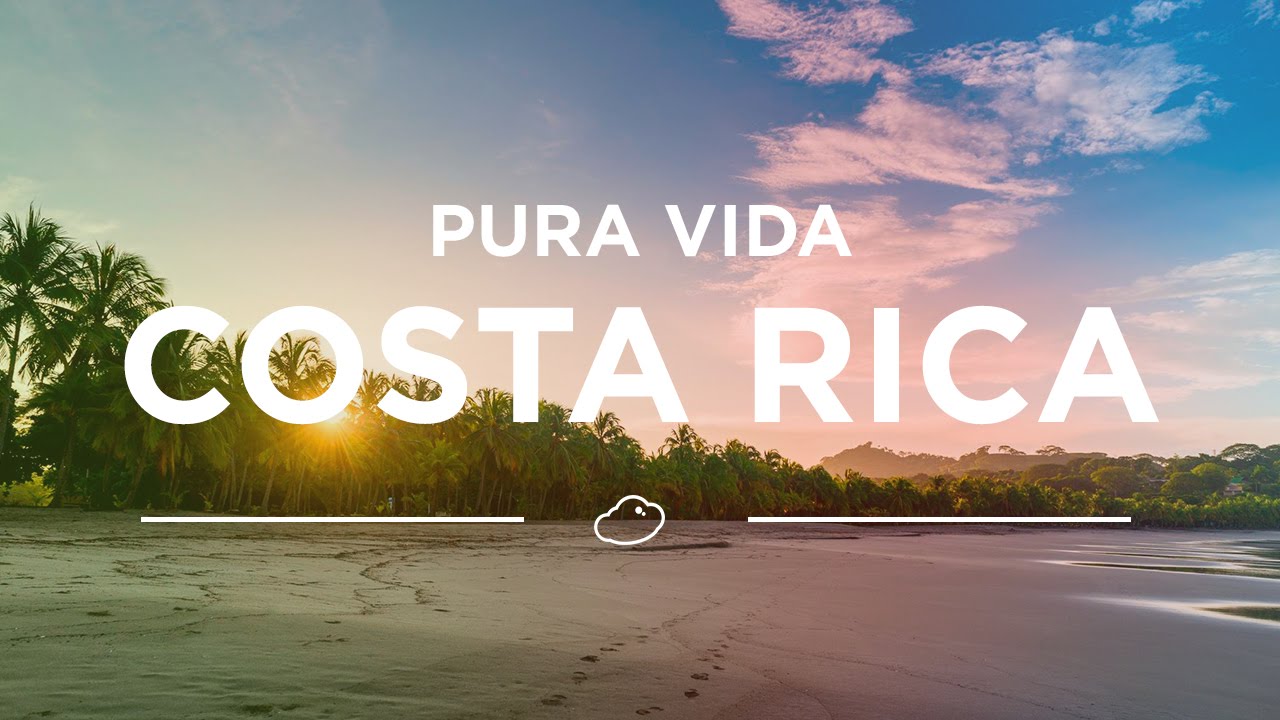